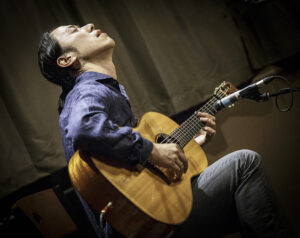 Hiroya is a one-of-a-kind composer, guitarist and singer-songwriter from Kyoto, Japan. He began playing the five-string banjo when he was thirteen, and took up the guitar shortly after. In 2000, Hiroya received a scholarship to Berklee College of Music and came to the United States. He formed his own group in Boston “INTEROCEANICO (inter-oceanic)” which consists […]