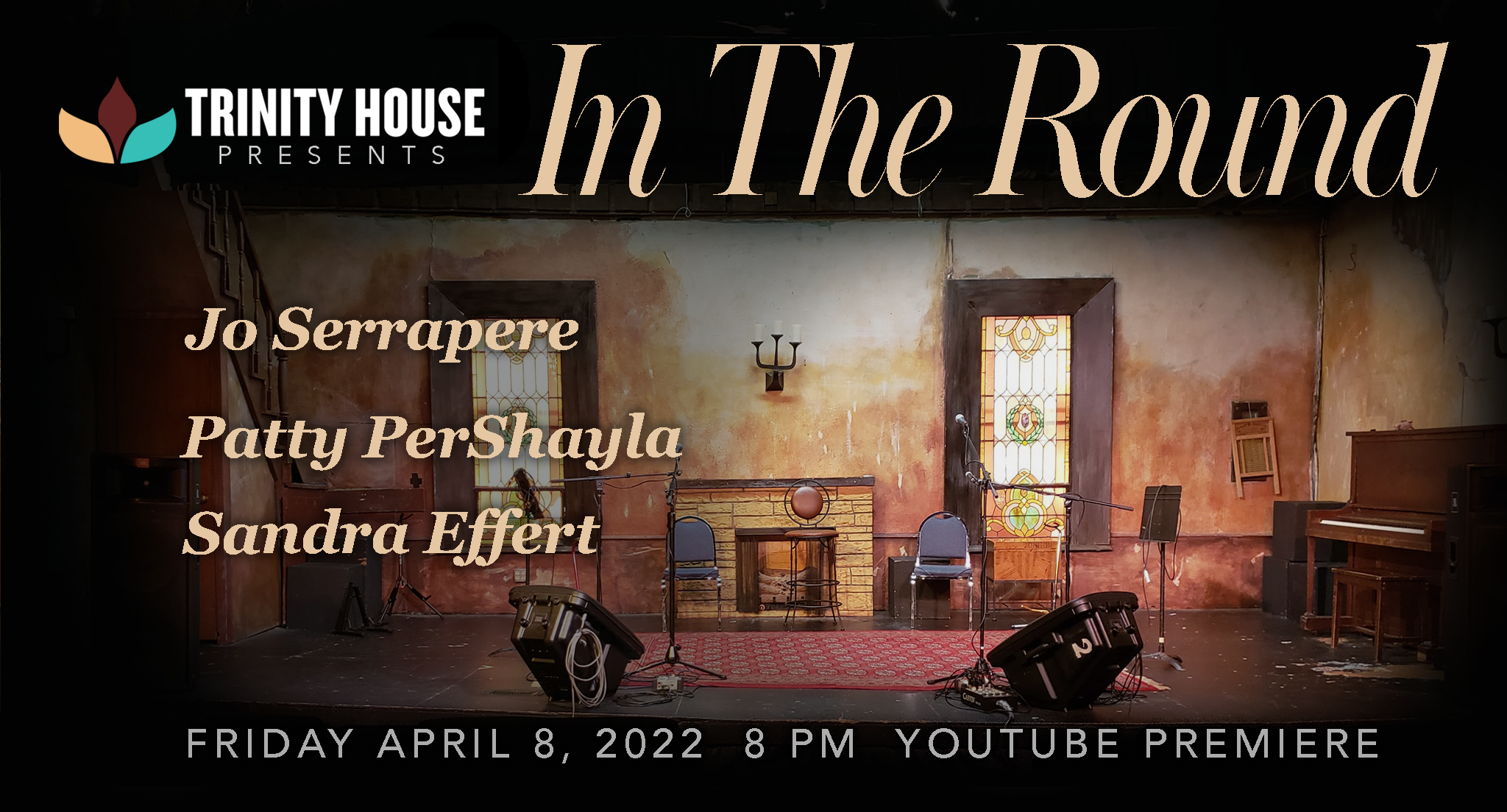 Trinity House in the Round returns for 2022 with a Youtube Premier featuring Jo Serrapere, Patty PerShayla and Sandra Effert.

Earthwork Collective artist Jo Serrapere (sarah-pear), a songwriter from Detroit, Michigan, started playing guitar at 23
when seeking out lessons from Delta Blues guitarist, Shari Kane. Shortly thereafter, Jo began writing her own songs while completing her college studies in clinical psychology. She now plays at music venues throughout the United States as well as maintaining a successful psychotherapy practice and raising her delightful daughter.

Described as, “peace, love, and a giant crowbar,” Patty PerShayla has a gritty, yet sweet, singing voice and features both explosive and tender moments in her live performance. At this show you can expect to hear new songs from her upcoming solo record, old favorites from her debut EP, Oracle Bones (winner of Best Rock/Pop Album at the WYCE Jammie Awards in 2020), and a ukulele that will crush your dreams.

Whether she’s on stage with her full band (Patty PerShayla & The Mayhaps), wielding a bass as her weapon of choice, or tucked in the corner of one of her favorite Michigan breweries, Patty brings to the stage a strutting, stomping, crooning good time that you won’t be able to ignore.

​Nestled in the vibrant artistic oasis of Grand Rapids, Effert began her work as a songwriter in 2016 by honing her craft at intimate open mics and shaping her music into engaging live performances. Her artistry is empowering and self-reflective, providing a space for listeners to explore vulnerability and find a momentary escape through immersive melodies.

As her musical imprint on West Michigan grows Effert plans to continue shaping songs for the stage, the record, and the sprawling pages of her own notebook.

​In 2019 Effert released the EP “River Rocks,” a deeply personal account of haunting memories and wistful apparitions. The album is composed of lush instrumentation and showcases a collection of songs that solidify Effert as a flourishing songwriter with a natural ability to breathe life into her work.

​Effert has been featured on eightWest and performed at notable venues including Founders Brewing Company and The Intersection for the 2020 Jammie Awards.