Trinity House In The Round w/ Enda Reilly, Nina Sofia and Shannon Lee 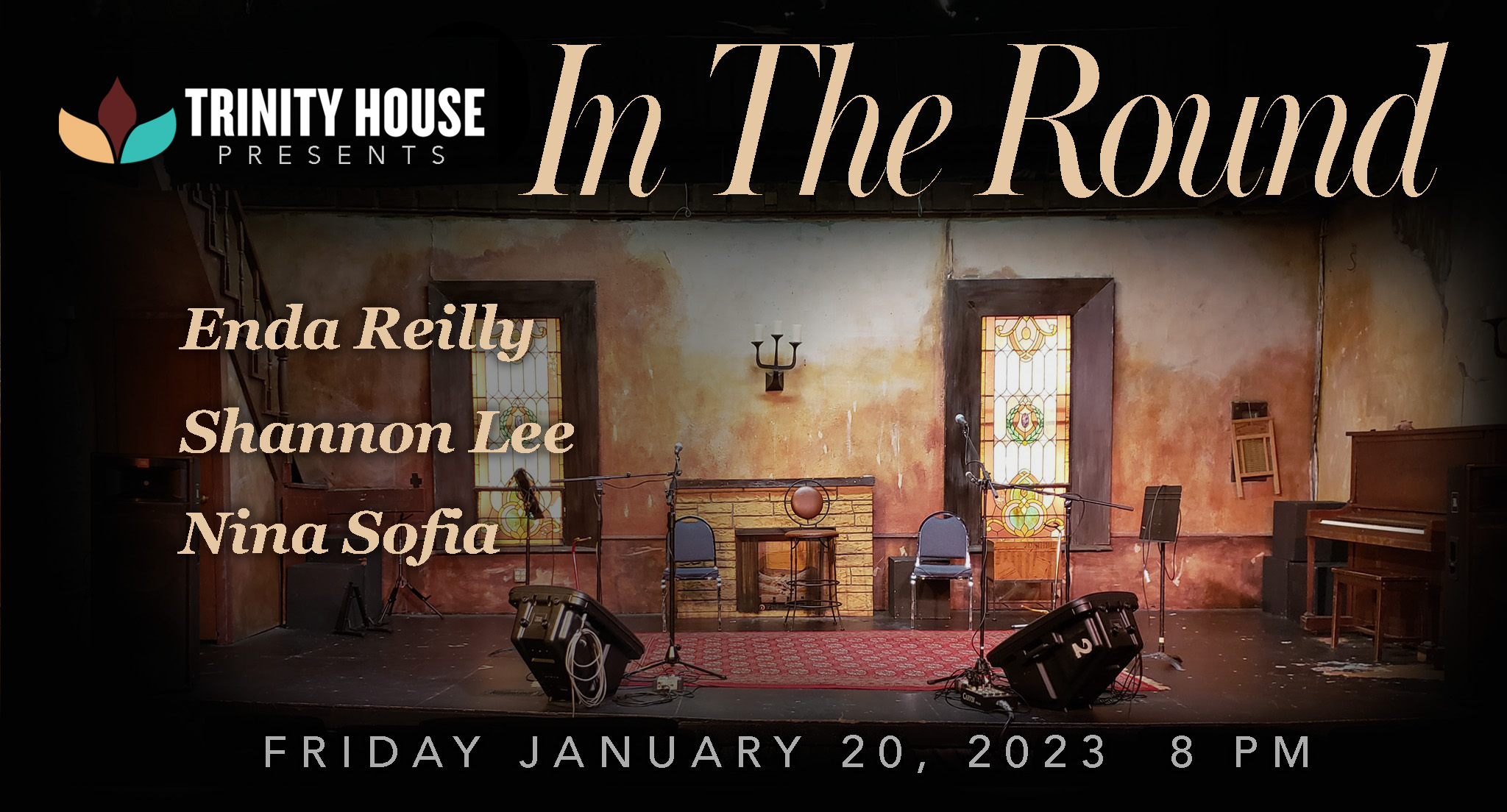 Trinity House In the Round returns in 2023 with Endaa Reilly, Nina Sofia and Shannon Lee.

Enda Reilly is a folk singer, songwriter and guitarist from Dublin, Ireland, who can be compared to the likes of Christy Moore, John Martyn, Paul Brady and Dick Gaughan. Firmly rooted in the Irish tradition with songs that strive for a better future, Enda Reilly’s work invites you to see the world from his varied and unique perspective through each new song and project.

From busking on Grafton Street to the National Concert Hall, Enda has performed on countless stages in his hometown of Dublin and beyond. Having collaborated and performed with Kila, John Spillane, Lisa Ó Neill, Liam Ó Maonlaí, Glen Hansard, Stephen James Smith, InniK, The Lazy Band, Gabriel Rosenstoack and Aoife Scott amongst others Enda lives for songwriting and performing.

Enda has a long history as a guitarist sharing the stage with Ireland’s finest Irish language poets and authors through IMRAM, The Irish Language Literature Festival. He has composed fitting musical soundscapes to poetry recitations by the likes of Ó Ríordán, Ó Direáin, Maude, Ó Muirthile, Jenkinson, de Paor among others. In particular Enda has had many projects with and featuring the translations of Gabriel Rosenstock.

Enda has also performed with the theatre group Everlasting Voices in India and Japan and with actor/director Cathal Quinn and producer Tristan Rosenstock on many projects including Blood On The Rose – Poems of 1916.

Enda’s latest release is an EP of a selection of his songs called Where The Sweetest Waters Flow.

Detroit native Nina Sofia, is now back to Detroit after living in Colorado. Nina is known for her raw lyrics, passionate vocals and dynamic stage performance. She was the frontwoman of Nina & The Buffalo Riders, described only as a product and culminative manifestation of Detroit’s legendary music prowess.

Detroit native Shannon Lee captivates her audiences with her silky contralto voice, as she plays a mix of originals and uniquely arranged covers that span folk, Americana, country and indie genres. As a long time music listener and lover who dabbled in musical instruments off and on during her younger years, this late blooming singer songwriter caught a big “ah-ha” moment in 2012 after attending Above The Bridge Songwriting Retreat (Curtis, MI) and has been unstoppable ever since. You can catch her performing solo, as a duo (The Shannon Lee Duo which includes whoever else Shannon is performing with at the time) and with her full band (Shannon Lee & The Silver Linings).