Trinity House in the Round w/ Acoustic Ash, Annie Bacon and Billy Brandt 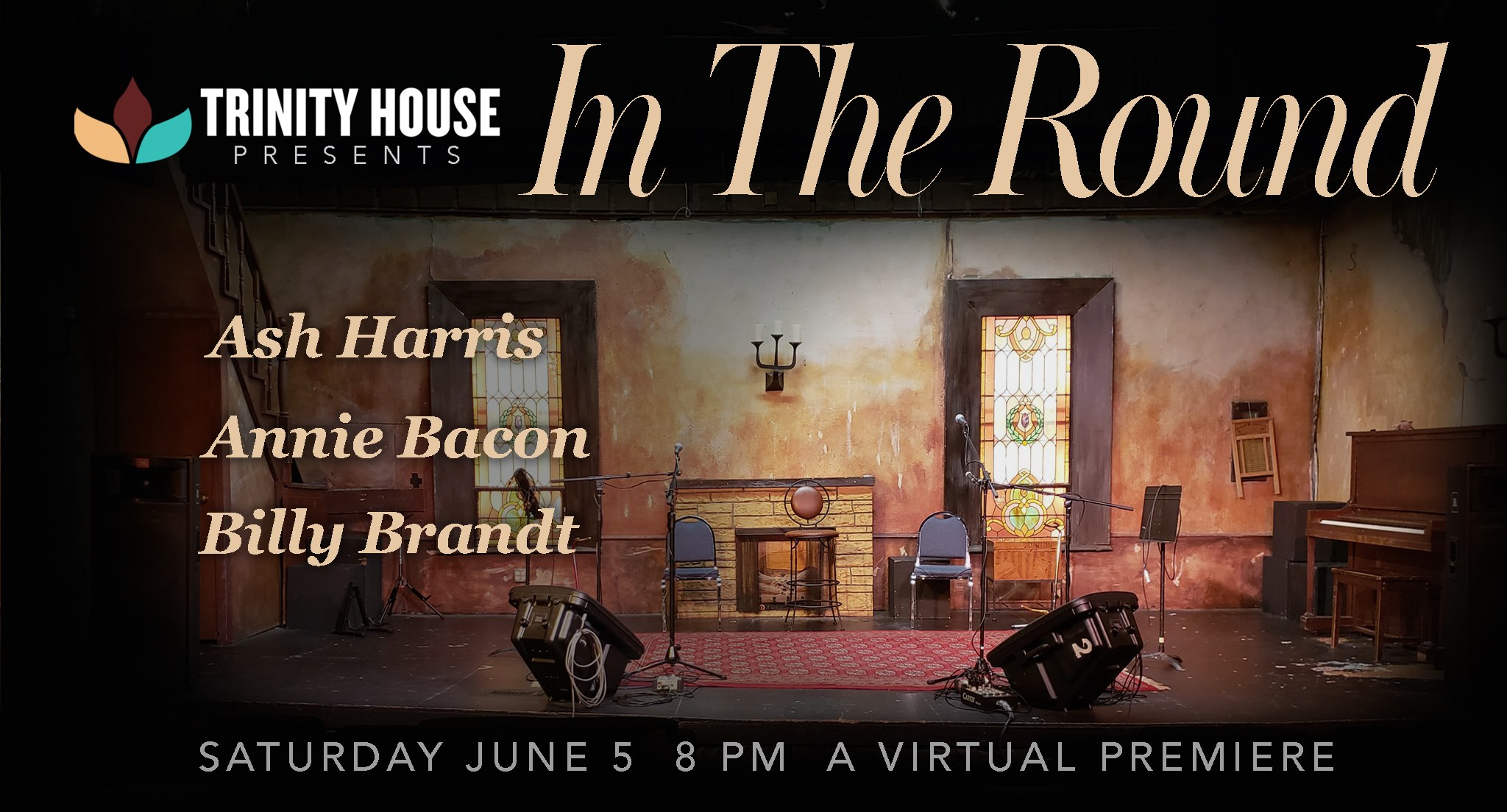 Trinity House In the Round Virtual Concert returns for round 3 with Acoustic Ash, Annie Bacon and Billy Brandt.

Ash (Ash Harris) is a singer/songwriter originally from England (U.K), now based in Michigan. Ash is a prolific singer/songwriter who continues to excel within the songwriting field through voicing a reflection of events such as loss, love, money and politics.. Ash is known for an angelic voice and sincerity that will leave you craving more.

Originally hailing from Warrington, England, which is located between Manchester and Liverpool (or “something between Oasis and the Beatles,” as Ash says), the singer/songwriter made the move to metro Detroit in 2015.

Discovering a love of music at a young age, Ash Harris has since made a name in both the U.K. and the U.S., drawing inspiration from the likes of Tracy Chapman, John Lennon, Bob Dylan and other prolific songwriters.

Annie Bacon is a songwriter musician who split her life between Maine and San Francisco before relocating with her family to Michigan in 2018 . She aches for a more empathic humanity + her creativity orbits around this.

Bacon’s work has been lauded by Folk Radio UK, Mother Church Pew, come here floyd, No Depression, and more. She composed a Folk Opera which was adapted as a verse puppet play for the Brooklyn Puppets and Poets Festival. In 2016-17, she appeared as a small part in Taylor Mac’s genius “24-Decade History of Popular Music” performances in New York and San Francisco

Her 2019 release “Nothing Stays the Same” was produced in large part by Avett Brothers’ & Langhorne Slim bassist Paul Defiglia and is rooted in both folk and rock n roll, the album is an achingly Americana artwork. Bacon’s ear for lush harmonies and indelible melodies lift her poetic and literary writing style into a cinematic, almost synesthetic, experience.

Billy Brandt is a multiple award winning Detroit area singer-songwriter. Having spent decades in the music business supporting other bands and artists, Billy Brandt found his own musical voice and steps into the spotlight as a singer-songwriter. Influenced by the likes of Gram Parsons to Neil Young, he’s molded his sound by creating his own unique guitar picking…creating a haunting melody which stays with the listener long after the song is over. His deep roots in alt-country have earned him a loyal following.