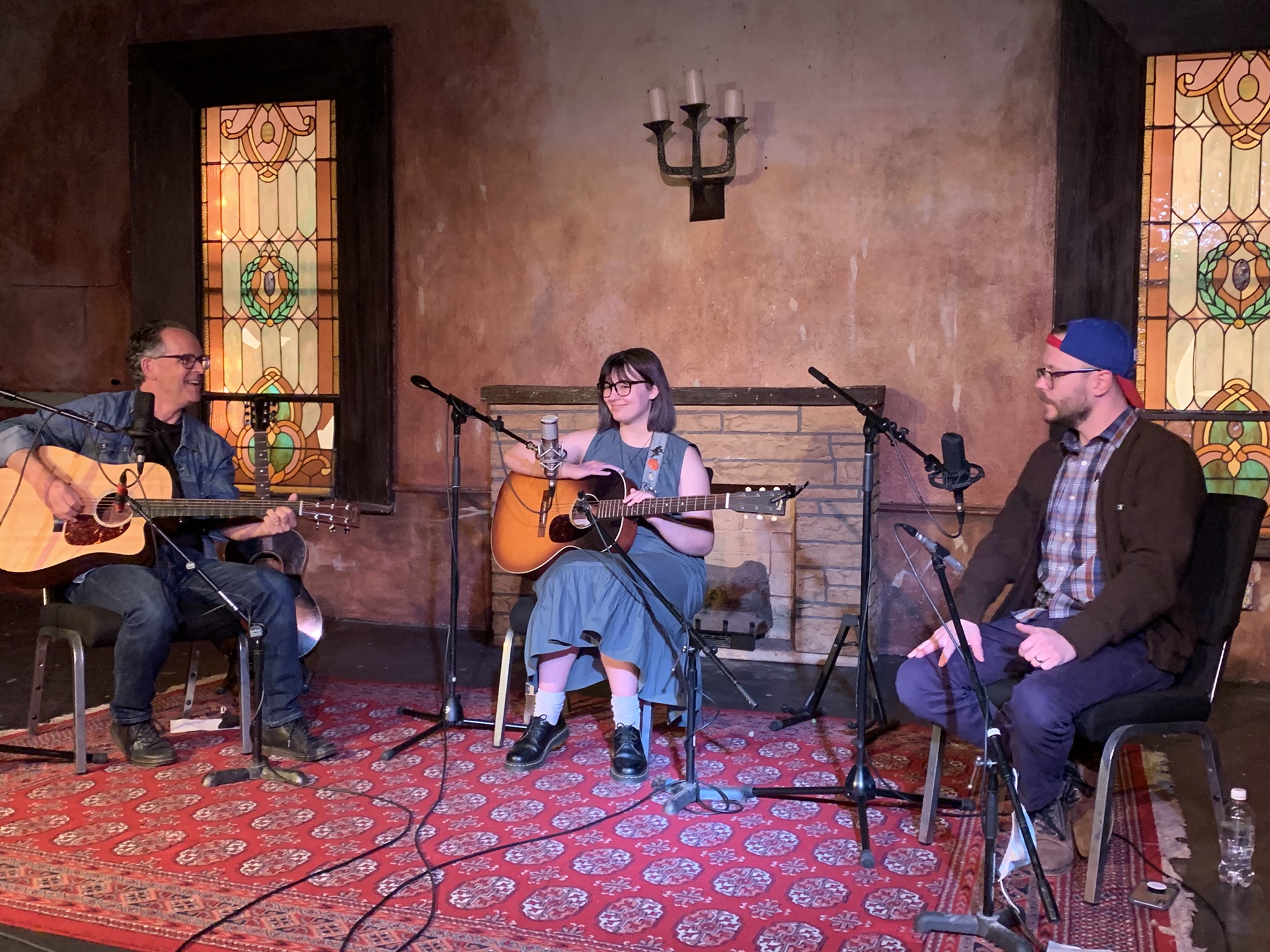 Our Trinity House In the Round Virtual Concert returns with Kyle Rasche, Mike Ward and Emma Guzman.

Kyle Rasche is a Michigan songwriter who has released music as Chain of Lakes since 2010. Building upon a string of albums, a critically acclaimed EP, and numerous collaborations – Chain of Lakes continues to garner attention for delicately delivering thoughtfully crafted, heart-wrenching songs.

Singer-songwriter Emma Guzman, known cat enthusiast, rumored star child and compelled by unknown forces, has always felt the need to express herself through music. Choosing to spend her time humming melodies and frantically scribbling lyrics in various notebooks and on random scraps of paper, she has quietly amassed a substantial collection of songs. Described by the Detroit Metro Times as a “song writing prodigy” and one of their top 15 artists to watch in 2016, Emma released her second album “Roots” on Backburner Records in 2017. Emma knew early on that music was her passion. After being cast at the age of 7 as the orphan July in “Annie” she went on the next year to play Annie in another production of the musical. From there she hit the ground running, participating in numerous theatre productions, spending three summers studying theatre and voice at Interlochen, and becoming a member of the Michigan Opera Theatre Children’s Choir at the Detroit Opera House. Through all of this Emma kept her eye on becoming singer-songwriter.

Lyric-driven, simple folk songs are what singer-songwriter Mike Ward produces. Currently living in Detroit, Mike grew up listening to the Irish music of the Clancy Brothers and singing in church choirs. His influences are the likes of Dylan, Simon & Garfunkel, Neil Young, Bruce Springsteen, Jason Isbell and John Prine. The songs that Mike writes are a combination of stories and life lessons which are still being learned.

His latest album, “The Darkness and the Light” explores a life lived and all you see while looking over the past, the present and future. Regrets? Hope? Content? The opening song, titled “Our Turn to Shine” presents a reflection of our changing world and the importance of embracing new ideas.
+ Google Calendar+ iCal Export