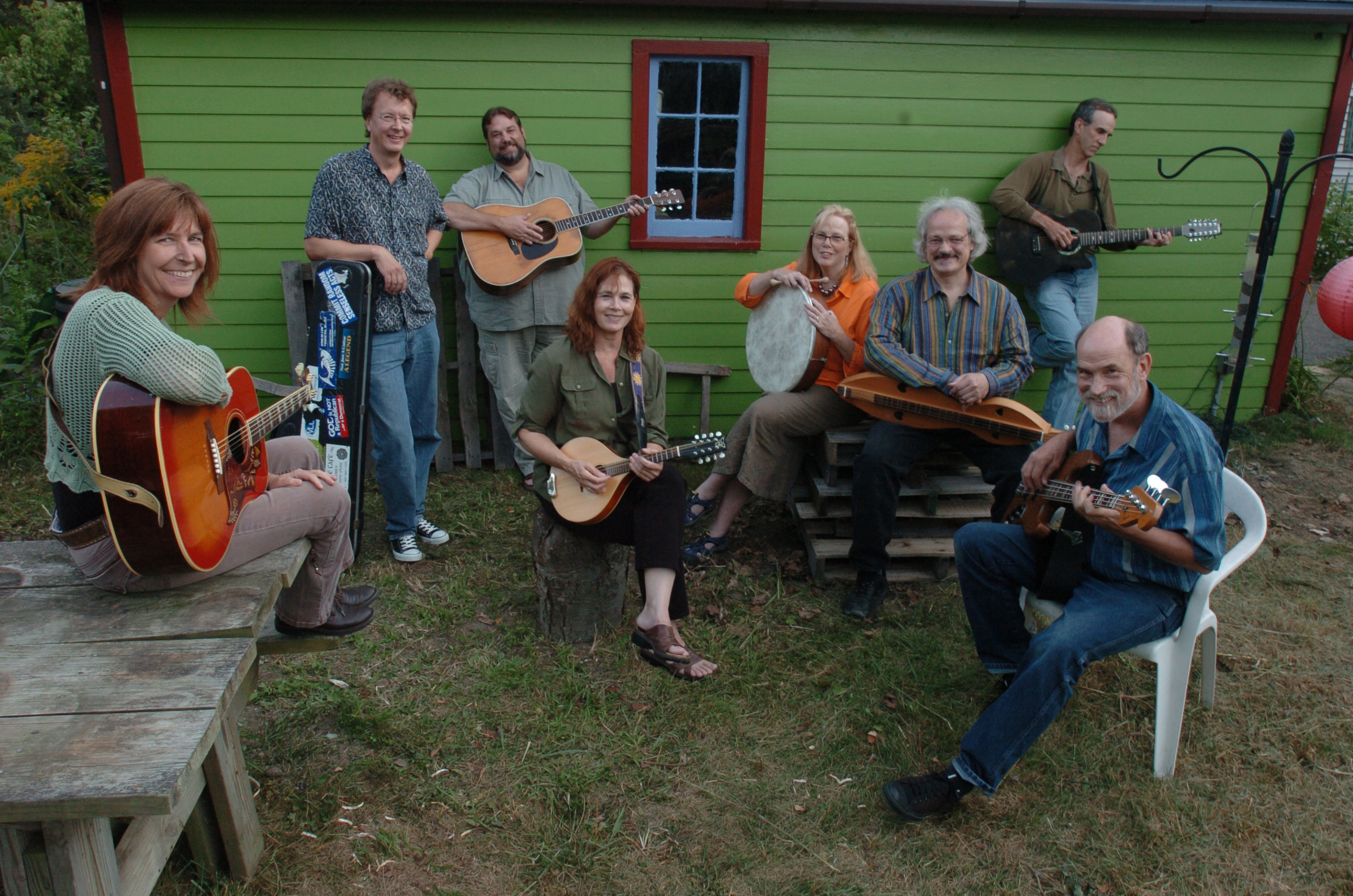 In December of 2005, 8 Michigan songwriters gathered in the brilliantly yellow living room of David Tamulevich’s Ann Arbor home for the first time. They’ve been meeting monthly ever since, to share dinner, conversation and the newest song they have in the process for critique. Each an accomplished songwriter and performer in their own right, they create a unique atmosphere of respect and support, friendship and generosity finding new and unexpected ways to explore beyond their previous personal boundaries.

It wasn’t long before they began performing together and presenting workshops in various configurations.

What began as a casual excuse to get together with friends has evolved into one of the most exciting ‘super groups’ to ever join forces on one stage.

Matt Watroba sings and writes songs of compassion, inner strength, humor, and every day living. He sings songs that you will feel and remember for a long time. You will love his music, you will love the journey that his music takes you on, and you will love the place that his music takes you to. “Watroba turns to vintage country on his latest album, and he has produced one of the best under-the-radar musical gems to come along in quite some time…highly recommended.”—Dirty Linen

David Tamulevich ( Mustard’s Retreat) As the other half of this dynamic duo of folk and as one of folk music’s most famous agents, David’s talent as a musician and passion as an artist come into full view. He was described by Tom Paxton, a folk music star for nearly 40 years, as “warm and friendly and giving on stage, completely in touch with the audience. There are no barriers at all, and you just love to watch that and be part of it.” (Tamulevich’s work is) “Tender, intelligent, moving, fresh, and eclectic.” – The Ann Arbor News

Kitty Donohoe is an award-winning songwriter with three critically acclaimed albums to her credit, who successfully merges her Celtic and American roots in her music. (The National Academy of Television Arts and Sciences, Michigan Chapter, Presented Kitty with an Emmy in June 2002 for her 9-11 song “There Are No Words”).

Her songwriting clearly reflects both her Irish and her American roots. Her natural sense as a storyteller merges with a love of language and an ear for melodies to create songs about the aspects of life that move most of us, from everyday “to the rarer moments we encounter.

David Barrett is a EMMY-award winning composer/songwriter, whose work ranges from Olympic themes to PBS scores. His best known composition “One Shining Moment”, recorded by Luther Vandross, is an annual ritual for those who view the NCAA tournament on CBS. He has performed extensively as a solo act with Art Garfunkel as well as a host of others.

“A mature artist waiting for some wider recognition.” Billboard Magazine