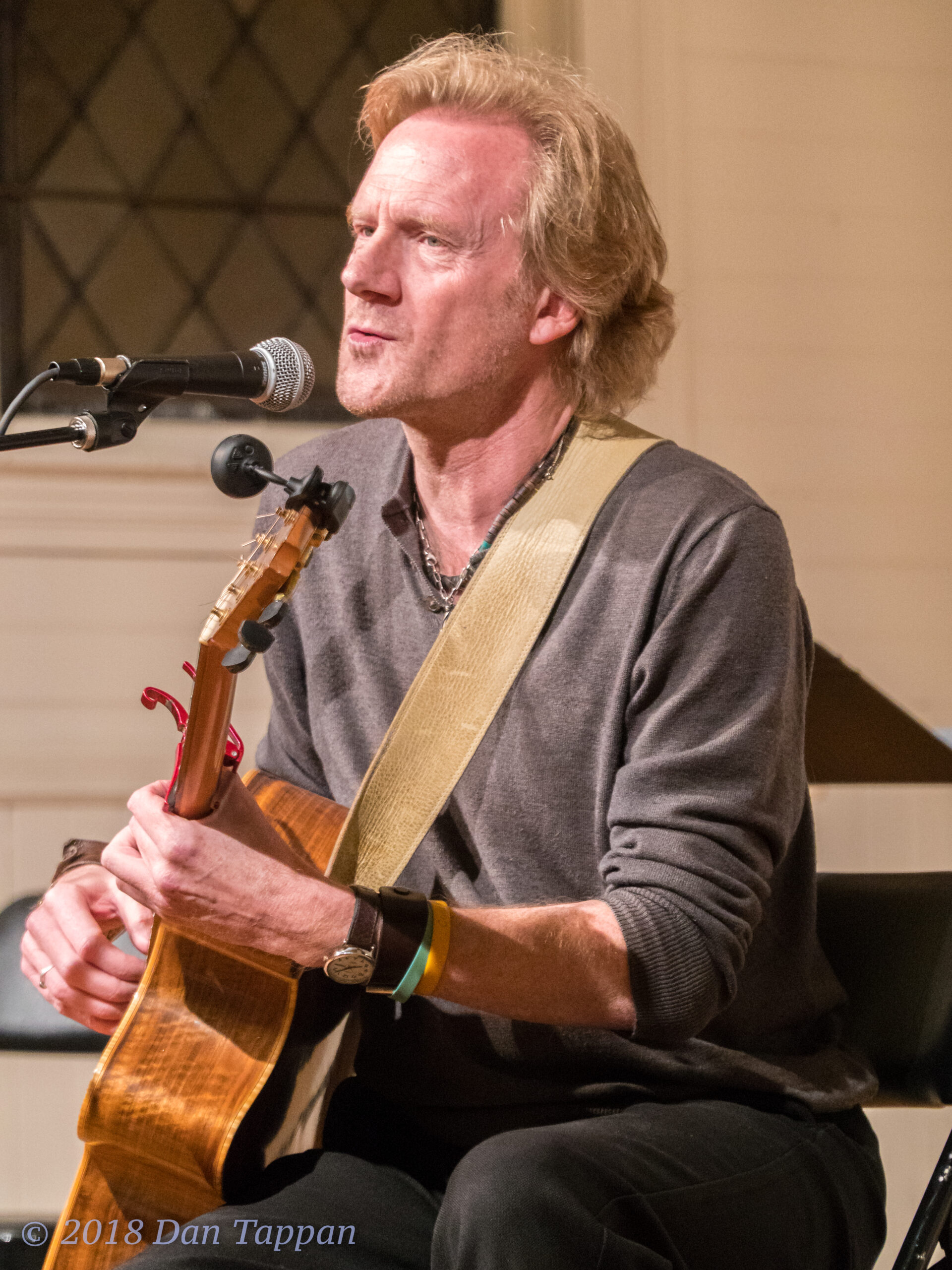 Rupert Wates was born in London and studied at Oxford University. He has been a full time songwriter since the late 1990s, when he signed a publishing contract with Eaton Music Limited.  In London he worked with some of the best performers in the city.  Moving in 2001 to Paris, Wates formed his own quartet and began playing live regularly. In fall 2006 he came to the US. He is now based in New York City and Colorado.  Since coming to the US, he has won more than 40 songwriting and performing awards.

His music is an eclectic mix of acoustic, melodic art/folk, with flavors of jazz, vaudeville and cabaret. He has released nine solo CDs. They have received outstanding reviews in the international online press and tracks from them have been played on radio all over the world. In addition, Wates’ songs have been covered by other artists in the UK, Canada and the US. Two full length tribute CDs to his material have been recorded: ‘Crazy Puzzle‘ (2015) by Nashville-based performer Roxie Rogers, and ‘Wide Open Heart‘ (July 2017) by Los Angeles vocalist Susan Kohler. Both these CDs were initiated and funded entirely by the artists themselves, and comprise exclusively songs taken from Rupert Wates’ back catalog. Over 20 recordings featuring Wates’s songs by other artists were made in 2016, and more are scheduled for 2017.

In 2010 Wates released Joe’s Café, an album of 15 original songs based on true stories, each interpreted by a different vocalist, retelling the stories of ordinary American people. Through them we trace the story of America itself: through two world wars, the Dust Bowl depression, Vietnam and the struggle for Civil Rights, all the way to the present day. Recorded live in the studio in a single weekend, the album’s warm sound evokes the welcoming atmosphere of an all-night café, where friends gather to share their stories. Featured virtuoso musicians on the recording include Darol Anger on violin and Michael Manring on bass.

Joe’s Café has been presented very successfully at Festivals throughout North America, and in other venues in New York City and in the southeastern United States. The show won Best Music Revue in the 2010 San Francisco Fringe Festival.

In 2014, Wates joined forces with Toronto-based virtuoso pianist Bartosz Hadala to form a piano/guitar duo called The Nightwatchers.   The duo tour Canada and Europe regularly.  In March 2015 they recorded and released a debut CD entitled The Nightwatchers, featuring some of the standout songs of Wates’ extensive catalog.

Rupert Wates averages 120 live shows every year, in front of audiences totaling more than 3,500, in acoustic venues in every state in America, in Canada and in Europe. He performs sometimes alone, sometimes with his trio or his quartet. He prefers smaller listening rooms where the audience is up close and the emphasis is on the music.  He was voted an Artist Of The Year in both 2013 and 2016 by the international house concert network Concerts In Your Home, and for five years running he has been the most booked performer on their database of several hundred artists.  In 2018, Wates was a Finalist in the Kerrville New Folk Song Contest, and an Emerging Artist at Falconridge Folk Festival.

Singer-songwriter Darin Francis first emerged as an artist during the coffee-house boon of the 90’s when the show Friends was actually art imitating life and the now defunct Border’s Books chain served coffee and paid artists to play on weekend evenings. As a part of a songwriting duo with Mike Rutt, Francis leaned into rhythm guitar and harmonies on street corners and cafes while he honed his writing and performing craft. Francis and Rutt later formed the band Harbinger’s Mile and made the circuit of larger clubs, bars, and festivals, often opening for acts such as Jill Jack, Thornetta Davis, Bill Mallonee, and the Vigilantes of Love.

Harbinger’s Mile released their album Hallowed Boulevard in 1998, an alt country rock album of songs co-authored by Francis.  The collection of hook laden pop tunes with strong and vulnerable harmonies can be found free on Spotify. Check it out. It still holds up today!

Back with fresh scars and hopeful insights poured into an ever-growing set of new songs, Francis has found his voice again. Fans of Harbinger’s Mile, Wilco, the Jayhawks and Tom Petty will find in these songs, a fresh example of Americana that cuts deeply into our shared experiences.

For Francis, dark themes are often wrapped in sincere, if not hopeful, packages without the need for resolution or concrete solutions. “Songs about loss or sorrow are not new, so it’s important just to write and let the universe put those songs in their place for whoever might find them… even if it’s just me.“ Often delivered on the back beat with warm moving melodies, these songs might make you nod your head to the rhythm and tap into your inner percussionist or they might just shed light on the times we are living in. Either way, listen and take in these thoughtful and well-conceived tunes. And as Belian says, “We’re here to hear your Indigo Dylan Petty Girls voice deliver the words we recognize all the way down to our DNA.”