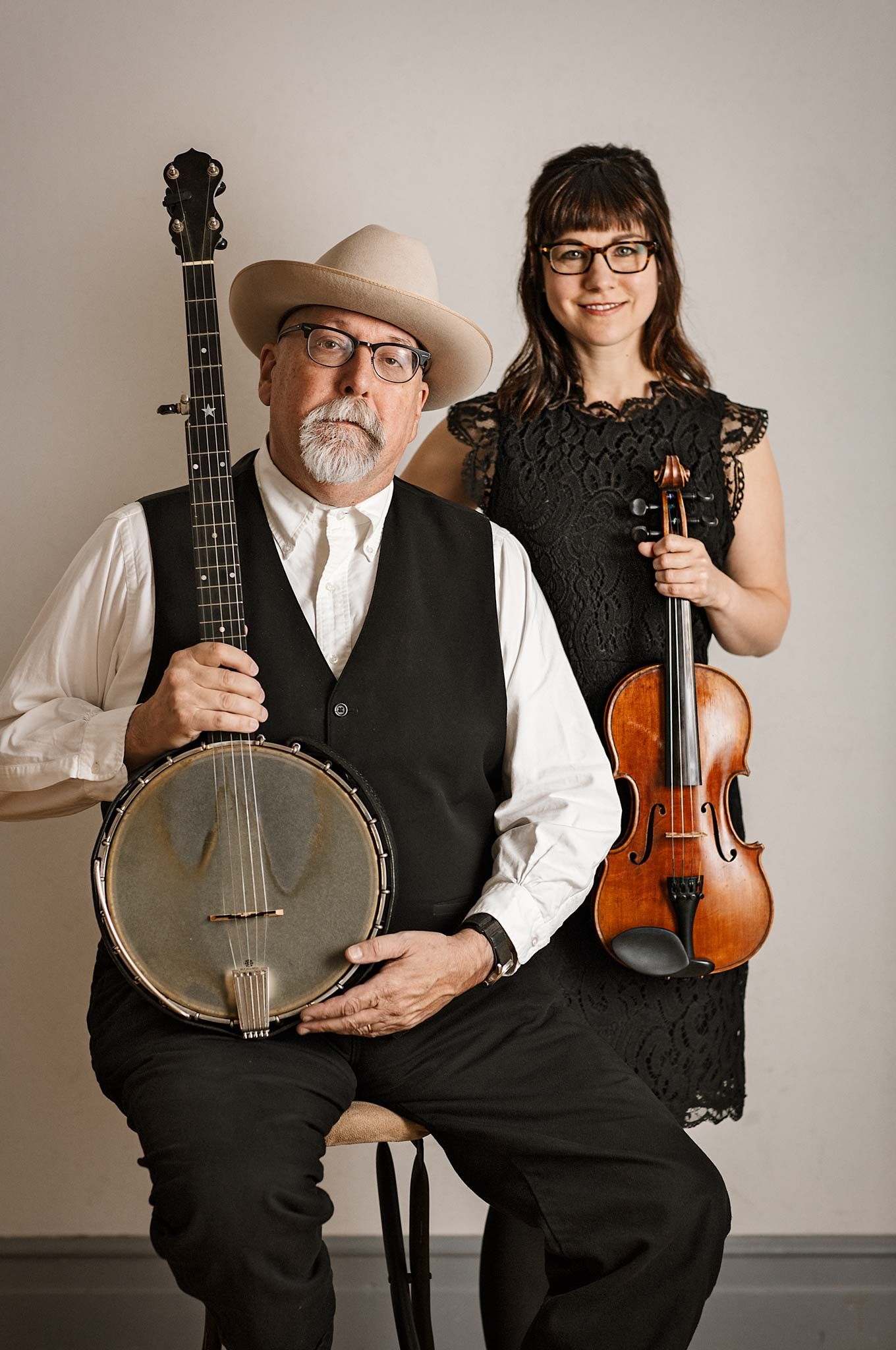 Joe Newberry grew up in a family full of singers and dancers. He took up the guitar and banjo as a teenager and learned fiddle tunes from great Missouri fiddlers. April Verch grew up listening to her Dads country band play for dances in the Ottawa Valley. She started step dancing at age three and fiddling at age six. Both Newberry & Verch became masters of their traditions and tour the world with their respective bands and projects. Yet they never forget the roots of their music, that connection to the people in the audience, on the dance floor, to the community sparked by a good song. For these veteran performers who come from distinct traditions and parts of the world, their collaboration is fueled by their kindred passion for bringing people together to celebrate traditional music. Blues and ballads stem into Canadian regional styles and originals. Their voices blend in harmony, their tasteful instrumentals prove that these masters have nothing left to prove, and then their feet kick up the dust in perfect rhythmand together, they make you remember why this music existed in the first place.

Joe Newberry is a Missouri native and North Carolina transplant who has played music most of his life. A frequent guest on Garrison Keillors A Prairie Home Companion, Joe performs in a duo with Mike Compton, and also performs with guitarist Jon Shain. Another special side project pairs Joe with old-time music legends Bill Hicks, Mike Craver, and Jim Watson. He was recently a featured singer on the Transatlantic Sessions tour of the United Kingdom with fiddler Aly Bain and Dobro master Jerry Douglas, along with an all-star band and fellow singers Rhiannon Giddens, the Milk Carton Kids, Carla Dillon, and Karen Matheson.

A noted teacher of traditional music and song, Joe has taught at numerous camps and festivals, including Ashokan, Pinewoods Camp, Vocal Week and Old-Time Week at the Augusta Heritage Center, the Australia National Folk Festival, the Blue Ridge Old-Time Music Week, and the Bluff Country Gathering. He was for many years the coordinator of Old-Time Week at the Augusta Heritage Center in Elkins, WV. He won the songwriting prize for Gospel Recorded Performance at the 2012 IBMA Awards for his song Singing As We Rise, and was co-writer, with Eric Gibson, of the 2013 IBMA Song of the Year for They Called It Music.

Fiddler, singer, and stepdancer April Verch knows how relevant an old tune can be. She grew up surrounded by living, breathing roots music and decided early she wanted to be a professional musician.

She took that leap, and has been quietly leaping into new, nuanced places for more than two decades. Moving from exuberant stepdancer to fiddle wunderkind and silver-voiced singer. Verch keeps the community-fired celebratory side of her music at the forefront, honing a keen awareness of how to engage contemporary listeners.

With countless awards, ten albums and sixteen years of touring under her belt with The April Verch Band, Verch has moved from upstart prodigy to mature and reflective songwriter, interpreter, and storyteller. She has performed around the world, including festival, theatre and performing arts centre appearances in Canada, USA, China, Australia, United Kingdom, Belgium, Sweden, Denmark, Finland, Norway, Germany, Austria, France, Czech Republic and the United Arab Emirates. Passionate about giving back, she makes master classes, workshops and camps a regular part of her touring activity. Verch was one of 6 fiddlers who represented the Canadian fiddle tradition to the world at the 2010 Olympic Winter Games in Vancouver, as part of a segment called Fiddle Nation.