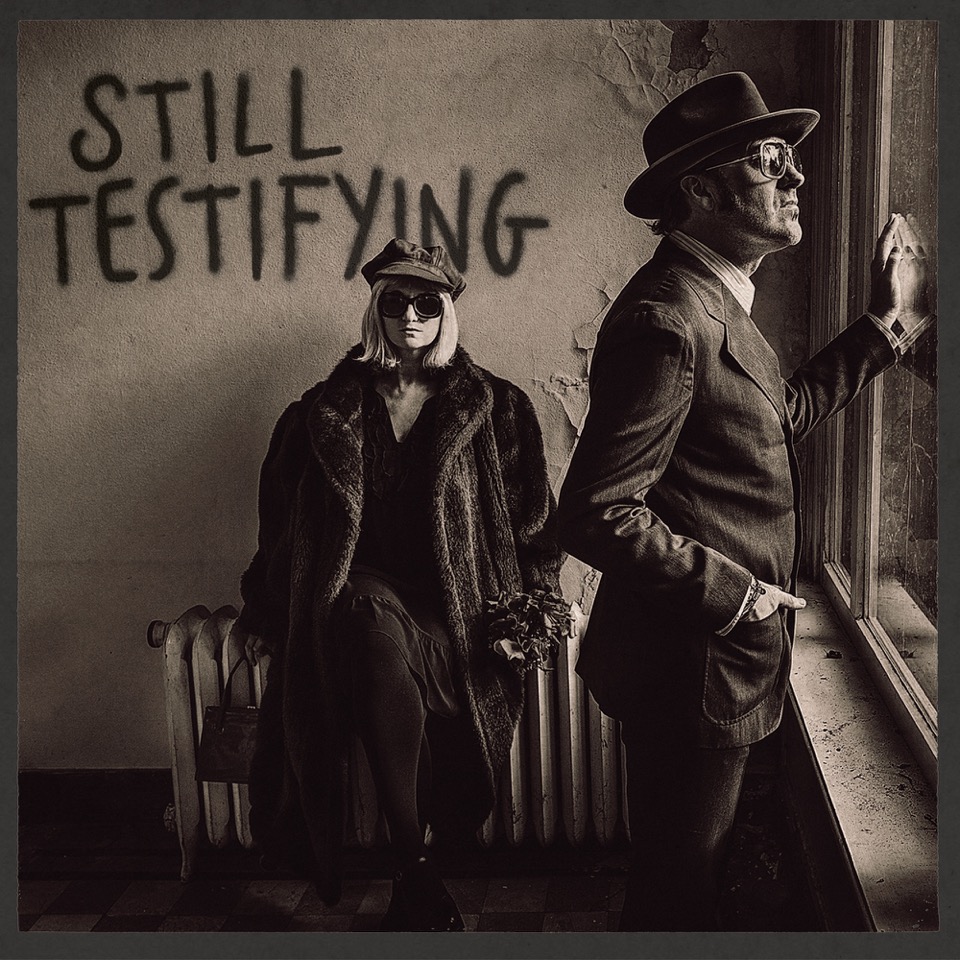 A labour of love on multiple levels, My Darling Clementine – the sobriquet of spouses Michael Weston King and Lou Dalgleish – began as a homage to classic country duets of the 60’s and 70’s á la George & Tammy and Johnny & June

The debut “How Do You Plead?” was produced by Neil Brockbank (Nick Lowe) and featured some of London’s finest musicians from the 70’s pub rock era. Released in 2011, it was immediately acclaimed on both sides of the Atlantic. Country Music People called it; “The greatest British country record ever made”

2013s follow-up, “The Reconciliation,” produced by Colin Elliot (Richard Hawley, Duane Eddy) and featuring guest appearances from Kinky Freidman and The Brodsky Quartet only enhanced the bands growing reputation and received a similar critical response. with the New York Daily News choosing it as album of the month while Popmatters put it in their Top 10 Country Albums of 2013.

Their next move was a slight departure as they the collaborated with best selling crime writer, and avowed country music fan, Mark Billingham on the story and song project The Other Half. Billingham witting a nourish tale of murder, lust and revenge around 8 King & Dalgleish songs. The Other Half became an album, an audio book, and a stage show and featured contributions from actor David Morrisey and singer songwriter Graham Parker

After 18 months of touring The Other Half, including a run at The Edinburgh Festival Michael and Lou returned to the studio for album no. 4. Re-uniting with producer Neil Brockbank, Still Testifying was released in the summer 2017. Stylistically, it was a further shifting away from classic country to embrace gospel and country soul and was widely acclaimed with many writers praising the new direction;

Into 2019 and their latest recording is “Country Darkness Vol. 1” which sees them collaborating with Steve Nieve (The Attractions / The Imposters) and reinterpreting the country and country soul songs of Elvis Costello. A number of these songs will feature as a “set within the set” at the shows in 2020.

Toronto’s Rob Moir looks back at two consecutive years of life on the road with the release of his new album ‘Adventure Handbook’ (Underground Operations/eOne – Canada, Make My Day Records – EU, released August 2015). In the vein of timeless artists (and muses) like Bruce Springsteen, The Replacements and Jeff Tweedy, Rob’s songs are honest and exceedingly entertaining to see live. Rob continues to routinely finesse clever turns of phrase in his lyrics. The opening track ‘New Years Eve’ shows hope on the horizon, with ‘Run For Your Life’ and ‘Ports Of Call’ illuminating the excitement of doing what you love on an unknown course.

Formerly the front man for Toronto’s Dead Letter Department, Rob released his first solo EP in 2010 called ‘This Is The Lie’, then came the critically acclaimed LP ‘Places To Die’ in 2013 which Rolling Stone wrote in their 4/5 star printed album review, “Moir isn’t conservative; there’s something urgent in his songs, that are never too sure of themselves, and whose longing hasn’t found a home yet. Moir sings his romantic sighing songs with punk rock folk in his heart and in addition proves a great sense for quiet singer/songwriter moment”.

Since then, he’s toured Europe with Neko Case and shared the stage with fellow alt-folk artists such as Frightened Rabbit, Frank Turner and The White Buffalo. With past solo performances at international festivals; NXNE, CMW, BIGSOUND and multiple successful tours in Australia, Canada, Europe, UK and USA, Rob has proven his ability to silence rowdy audiences with his intimate performances, quick humour, and captivating stage presence.

Perpetually on the lonesome road, Rob continues to expand his audience as he perform his songs across the world, making fans the old fashion way, one dedicated believer at a time.