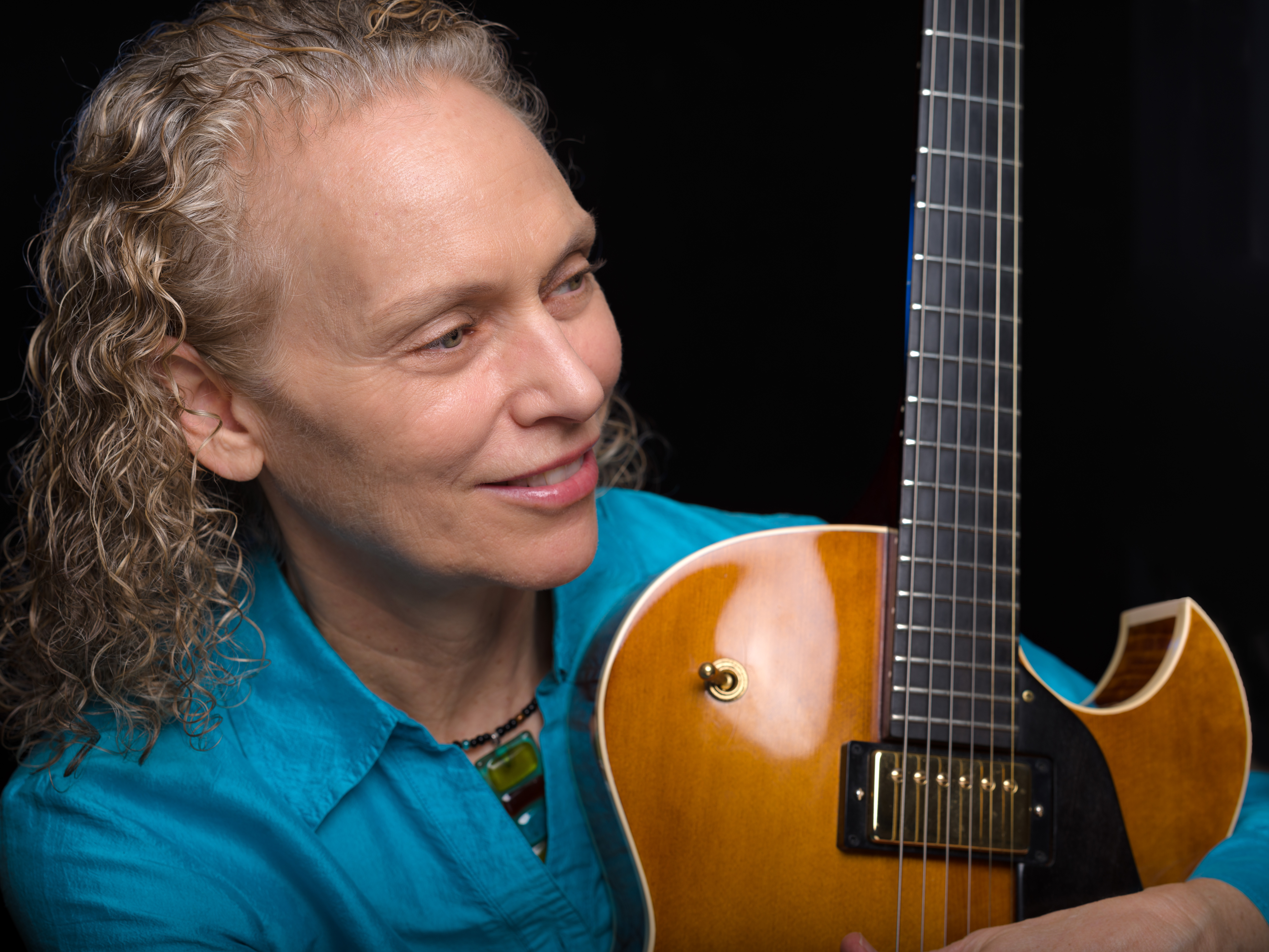 ” Beyond her passion and technical virtuosity, Fox plays with a profundity that only results from a lifetime of commitment and total immersion in one’s art. ” – Guitar Player Magazine

Mimi Fox will be in the Detroit area for a performance with the Michigan Philharmonic on February 12, 2022 and Trinity House is pleased to welcome her for a special solo performance.

Internationally renowned guitarist/composer/recording artist Mimi Fox has been named a winner in 6 consecutive Downbeat Magazine international critic’s polls and has been recognized by writers and colleagues alike as one of the most eloquent guitarists on today’s scene. In one of many feature stories, Jazz Times hailed Mimi as “a blazing fret master who combines be-bop infused lines with an abundance of soul…spinning solos that unfurl with surprise twists like expertly tailored short stories. ”  In a further nod to Mimi’s guitar artistry, and in conjunction with Heritage Guitars’ 30th anniversary, the historic Kalamazoo guitar company has rolled out the Mimi Fox Artist Signature model.

As a virtuosic improviser who’s collaborated with many of jazz’s greatest figures, Mimi Fox has earned her spot in the jazz guitar pantheon. But the jazz tradition is only one of the powerful currents feeding her music. With her 11th album as a leader or co-leader, This Bird Still Flies, Fox delivers a seamless but far-ranging album that’s breathtaking it its beauty, emotional immediacy and stylistic reach. The all acoustic recording captures a commanding artist in full –  transforming folk tunes, jazz standards, original compositions and popular songs into exquisitely crafted improvisational vehicles.