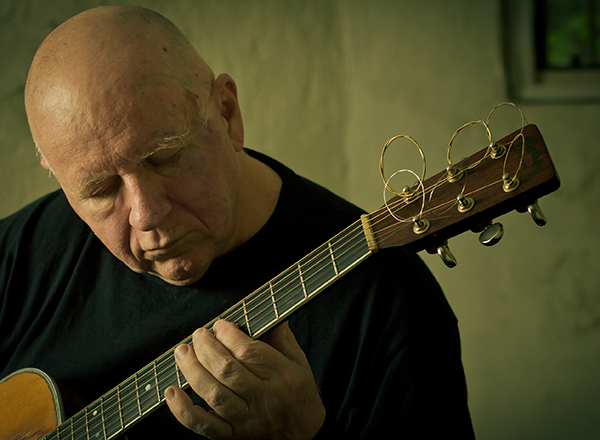 Michael Peter Smith was born in South Orange, New Jersey in September of 1941 and raised in the area, attending Catholic schools later referenced in a few of his songs. He bought his first guitar at age fifteen (for $5) and was soon playing in a group called The Kalypso Kids, whose first and only recording is lost in antiquity. College in Florida brought a quartet dubbed the Wanderers, with gigs on the beach and at local coffeehouses, then touring in The Talismen, a duet. It was Folk Music, and Folk Music was happening.

Three years at The Flick in Miami followed, six nights a week. There he met Barbara Barrow, who would become his wife, and they traveled with a quartet called the Baker Street Irregulars, signed a contract with Decca under the group name Juarez, and produced an eponymous vinyl recording that you can still sometimes find in the ‘used’ bins of obscure record stores. The couple’s next recording was called Mickey and Babs Get Hot, followed by an acoustic recording of an evening at The Raven Gallery in Detroit (where they briefly resided), called Zen.

Steve Goodman had recorded “The Dutchman,” and Chicago music lovers were discovering other of Smith’s songs. Michael and Barbara relocated to the windy city and became regulars at venues such as The Earl of Old Town, Somebody Else’s Troubles, Holstein’s, No Exit and Orphan’s. They played the Philadelphia Folk Festival, worked with Corky Siegel and John Prine, taught at the Old Town School of Folk Music, organized a benefit in commemoration of their friend Gamble Rogers, and separately and together continued to record. In the late 1980’s Michael was asked to write the music for the Steppenwolf production of John Steinbeck’s The Grapes of Wrath, and he toured with that production for two years: Chicago, La Jolla, London, England, finally Broadway, (the Cort Theatre where the Marx Brothers played) and was thrilled by two Antoinette Perry awards (Tonys) for that production.

Michael began to record for Flying Fish, initially produced by Anne Hills, whom he had met when he was playing bass for Bob Gibson. He began to tour more frequently doing exclusively his own material and continued to write songs, now increasingly being recorded by other artists. He created essentially a one-man show entitled Michael, Margaret, Pat & Kate, which played at the Victory Gardens in 1994 and garnered four Joseph Jefferson awards, Chicago’s equivalent of the Antoinette Perry. This was Michael’s musical autobiography, and it won every Jeff it could but one.

With Jamie O’Reilly, Michael created, performed and recorded Pasiones: Songs of the Spanish Civil War, followed by Hello Dali (songs about art), Scarlet Confessions (with Anne Hills), and years later, a holiday CD/show collaboration of The Gift of the Magi. All enjoyed runs at various theatres. Michael self-produced an album of his songs called There in 2000 with the able assistance of Pat Fleming, then, with spouse Barbara Barrow, created Weavermania, celebrating the works of the Weavers. A highlight, if not the pinnacle of the Weavermania experience was a concert where Pete Seeger played onstage with them.

More albums followed, including Live at Dark Thirty, Such Things Are Finely Done, Just Plain Folk (recorded with John McDermott), Michael Peter Smith-Anthology One, Love Letter on a Fish, and, in 2008, the soundtrack to a childrens’ production he wrote and performed in called The Selfish Giant, which featured the puppet wizardry of Blair Thomas.

Amidst all of that, he composed the score for a production of Hans Christian Andersen’s The Snow Queen, in which both he and Barbara performed beginning in 2006 and enjoying additional runs in subsequent years at the Victory Gardens Biograph Theater, under the direction of Frank Galati.

Michael Smith continues to travel, playing concert halls house concerts, clubs and festivals, and his prolific songwriting has never waned, with now close to 500 original tunes in his impressive catalog.