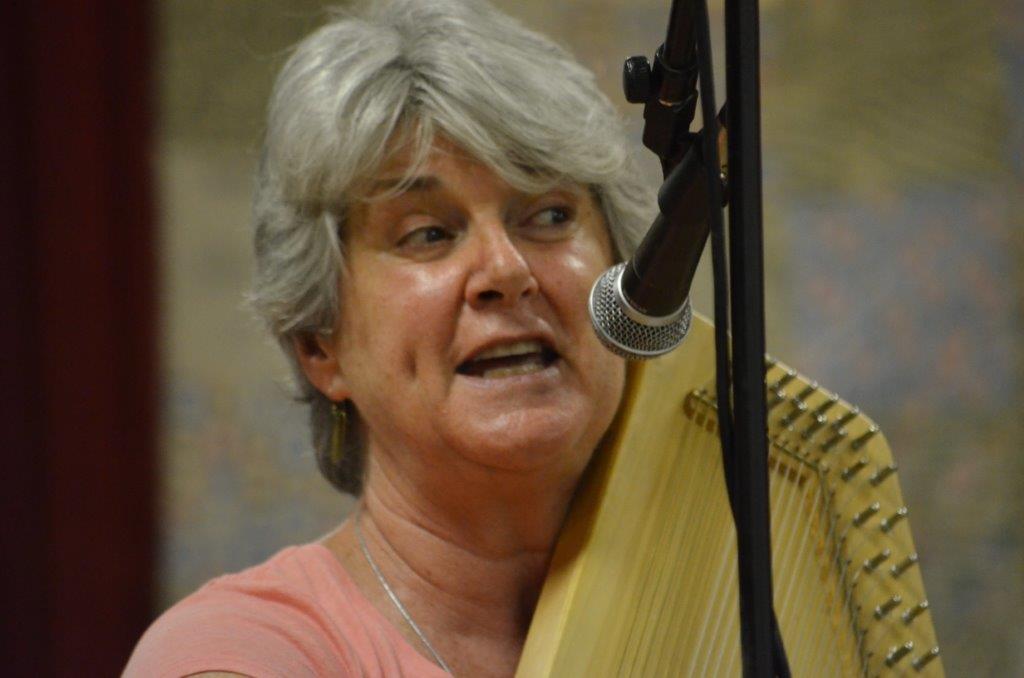 “Singing, playing music and songwriting, have enriched my life greatly.” Finally retired from her day job, Kathy is thrilled to have more time for writing songs and making music.

She wrote her first song, “Good Cuppa Coffee” in the 90’s. “A Woman Who’s Aged” followed, and shortly after that the duo “Katseye” was formed with good friend, Kathy Gravlin. Before disbanding in 2014 they produced two CD’s, “He Thinks I’m Good Lookin’” in 2005 and “Makin Lemonade” in 2013. Kathy has performed at many Michigan venues as well as autoharp/dulcimer festivals over the years.

Primarily a solo act these days, Kathy has shared performances with Judy Insley, Bill Edwards, Angela Predhomme, and Maggie Ferguson. She’s played and taught autoharp workshops over the past twenty years at the Mt. Laurel Autoharp Gathering, Evart Dulcimer Festival, Noreast’r and Chestnut Ridge. Kathy has also taught harmony and songwriting workshops at some of these festivals.

Her song, “Makin Lemonade”, was one of the first place winners at Winfield in 2014 and “Momma Liked To Fish” came in second at Winfield in 2015. “I Don’t Think You Think of Me That Way” came in first at The 2010 Riverfolk Music and Arts Festival.

Kathy plans to write songs and perform for many years to come.

John Rinn has been part of the Detroit songwriting scene for many years. He’s part of the Songwriters Anonymous group that meets at Trinity House Theatre. His most recent CD, Sweet Summer Moon, was released in 2018.