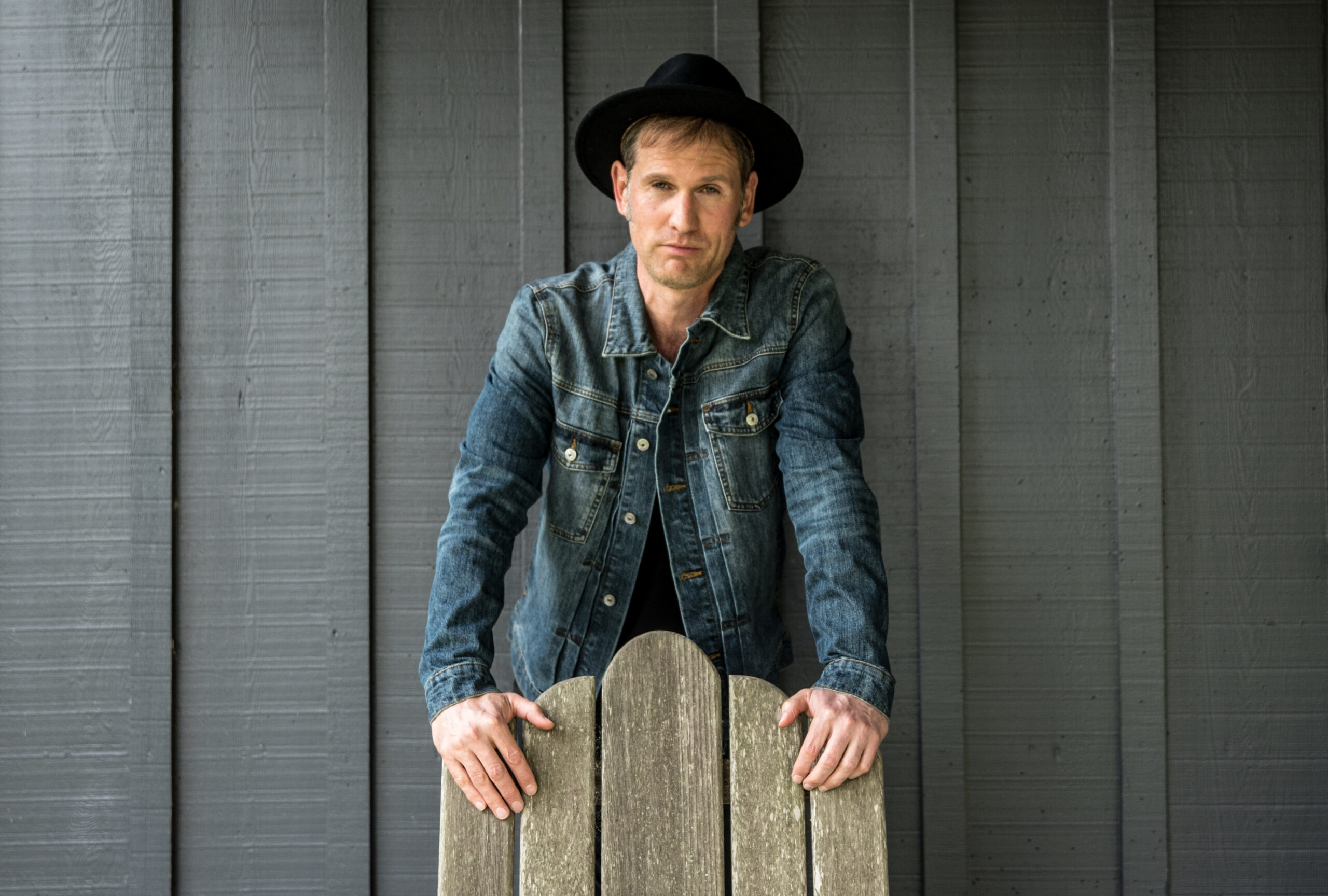 Forest Sun was born in upstate New York to folksinging back-to-the-land hippie parents. His dad used to chop wood with neighbor Garth Hudson of the Band and literally built the floor that Bob Dylan stood on at manager Albert Grossman’s Bearsville studios in Woodstock, NY.  His mom heard Pete Seeger and Joan Baez play when they filmed a TV show in her uncles living room in Boston, and dated one of the Chambers Brothers before she met his dad.  Weaned on a diet of Jackson Browne and Toots and the Maytals, some of Forest’s earliest memories are of his dad playing “Poncho and Lefty” by Townes Van Zandt and his mom singing Elizabeth Cotton’s “Freight Train”. Forest wrote songs with Rory Block when he was six years old, learned to juggle with WavyGravy when he was 9, and studied drumming with the late African master percussionist Babatunde Olatunji as a teenager.  In college he played in a band with SNL star Maya Rudolph. They opened for No Doubt at the Catalyst in Santa Cruz before Forest left to study art in Spain.

A pioneer of the DIY movement he recorded his first record in his bedroom in San Francisco with bassist Seth Ford Young (Tom Waits, Edward Sharpe) and toured Europe for the first time, including playing at the Rally on Dam Square in Amsterdam for the Tibetan Freedom Concert where he first met Ben Harper, Alanis Morrisette and Thom Yorke.

With over 70 million plays on Pandora, troubadour and award-winning songwriter, Forest Sun, enlivens audiences around the globe with his wealth of songs and stories, all sung and told in a laid-back California style. Sun’s soulful music draws on a deep well of Americana and is compared to everyone from Jack Johnson and The Avett Brothers to Van Morrison and Bob Dylan.  He’s played festivals from California (Strawberry Music Festival, American River Music Festival) to Europe (Belladrum in Scottland, Fiesta City in Belgium),opened for such luminaries as Lyle Lovett, Bonnie Rait, Steve Earle, Keb Mo, and toured with folks like Brett Dennen, Mason Jennings and the Beach Boys (Forest met famed Beach Boys producer Van Dyke Parks at a festival porch jam and later swapped songs on his piano at his house in LA). Musical collaborations on his records include members of Bob Dylans band, members of Calexico/Iron and Wine, Heather Massse(The Wailin’ Jennys, Prairie Home Companion) Jolie Holland (The Be Good Tanyas),  JT Nero(of Birds of Chicago), Sean Hayes, jam band ALO, and bluegrass band Hot Buttered Rum.

Forest’s songs mine his deep folk roots and embrace his love of gospel, soul, reggae, and country.

Sun’s music has appeared on Showtime, NBC, PBS, MTV and in several film scores and soundtracks. He has also had several cameo roles as an actor in independent cinema including playing a fireman in “Who’s there?” directed by Cassie Jaye and premiering at Tallgrass Film Festival.

Forest is also a visual artist and his original paintings and prints have in exhibitions at the Sala Lola Anglada in Barcelona, Spain, The Sebastopol Center for The Arts, and the Marin Museum of Contemporary Art.

Forest’s songs appear on the benefit compilations Burning Heart, Songs for the Gulf (to raise money for cleaning up the oil spills) and Songs for Laura Vol 1 and Vol. 2 (to raise awareness for people with cancer and their families). You can also hear Sun on San Francisco’s favorite radio KFOG’s Local Scene.  Forest’s music has found it’s way to Japan with the compilation album Dancing Again released on Buffalo Records and songs featured on the Surf Time Japanese compilations.

The new album Stubborn Breathing Heart swings gracefully from Gospel to Folk and Soul to Reggae and back again.

Sean Blackman’s unique World Music style is influenced by his deep passion for traditional ethnic music from around the world and of course, growing up in Detroit — Jazz, Blues, Rock and Soul. Blackman works with internationally renowned performers as well as Detroit’s finest and always brings a cross-culture approach to his shows and recordings.

Blackman has been honored with many Detroit Music Awards, has launched and directed World Music Festivals and worked as creative director of entertainment for corporate events for Red Bull, Chrysler and the grand opening of the McNamara Terminal at the Detroit Metropolitan Airport – one of the nations most state-of-the-art terminals.
As an established world-music musician, Blackman continues to compose and produce new material that links different genres of music with dance and theatrical performance. Whether on the streets, in front of thousands at a theatre concert, or inside a smoldering hidden nightclub, Blackman’s music is disciplined from a lifetime of training, yet his raw passion makes every note seemingly intimate.