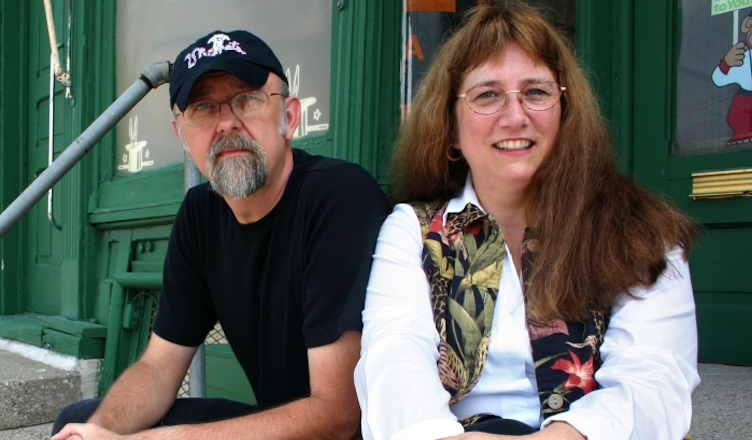 Ruth and Max celebrate 40 years of performing their style of Acoustic Americana, with roots in Folk, Bluegrass, and traditional Country music. Ruth is well known for her songwriting as well as her striking alto voice. She was a winner of Merlefests Chris Austin Song Writing competition in 2003 with her gospel number, By The River. The pair’s 2010 CD release, Turn Back a Page reached No. 5 on the Folk DJ Airplay Chart with 4 songs in the top 100 for that year. A Youtube video featuring Michigan Girl, a track from that CD, has been viewed over 360,000 times. The pair has toured in southern France nearly every year since 2008. A live CD was released in 2012 and a Christmas EP in 2015. The couple released their sixth full length CD, On A Canvas Painted Blue, in October 2017.