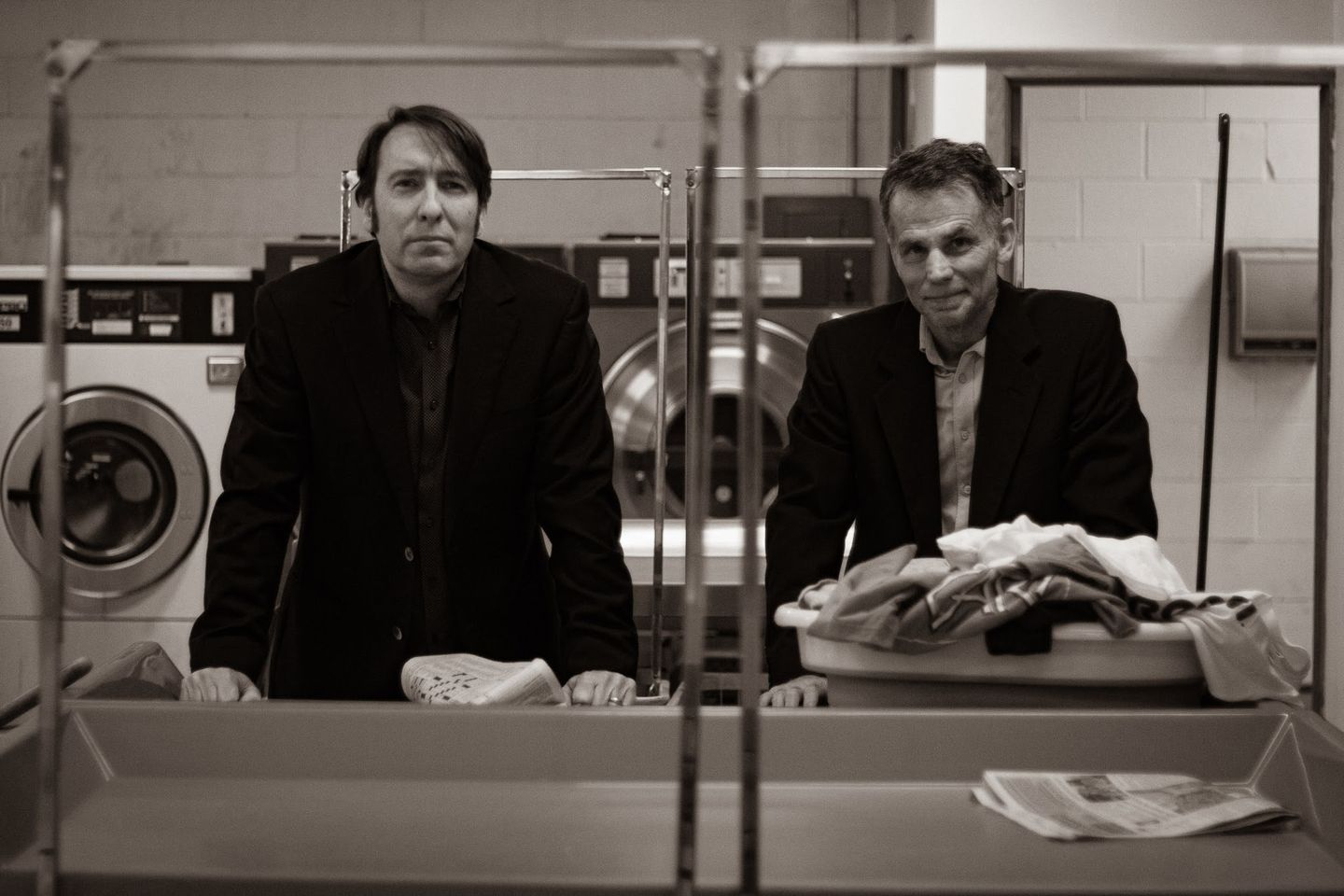 Crossword Smiles is celebrating the release of their CD “Pressed and Ironed” with a show at Trinity House. Livonia’s own, Chris Richards will open the show.

CROSSWORD SMILES is a new band, and it’s a new sound even for the the deeply respected Michigan-based guitar-pop stalwarts at its core. The band was quietly formed two years ago by TOM CURLESS, formerly of Your Gracious Host and currently enjoying solo success, and CHIP SAAM, best known as the bassist for The Hangabouts and Curless’s backing band The 46% and the host of the indispensable Indie Pop Takeout show on Neighborhood Weekly Radio. The impulse behind the new collaboration? A pure and simple wish from a pair of like-minded music fans to hear something different. And the eclectic but completely consonant nature of the album owes everything to the band’s genesis in a music-geek conversation between Saam and Curless after wrapping a recording session for Tom’s last record. As he tells it:

“So, here we find ourselves, sidled up at the bar like a few regulars, sipping our quickly warming beers at an Ann Arbor saloon. Between exchanging glances with the insanely busy bartender, we are extolling the virtues of Joe Jackson’s Look Sharp. The stark, simple beauty of The Go Betweens’ 16 Lovers Lane and the sharp songwriting on Freedy Johnston’s This Perfect World. Another common point of reference was The Cars, their knack for melody, musicianship and that infectious new wave energy. Often, in our mind at least, in different ways all somewhat overlooked bands or artists that we don’t hear anyone sounding like anymore. We fell into talking about putting together a project where we could try to replicate or at least in our own way pay tribute to these types of artists.”

But as much as Pressed & Ironed leans into those influences, it doesn’t sound precisely like any of them. Nor does it line up exactly with the superb back catalogs of either of its two chief architects. It’s something completely new. Would it have sounded completely at home on college radio circa 1985? Hell yes. But what Crossword Smiles have crafted on their debut is maybe even more vital on today’s melodic rock scene where too many bands are sheltering in the shade of the the same weather-worn Merseybeat and power pop touchstones. The record amply demonstrates that there’s more than one way to hang a hook… and the indie pop world is already richer for having CROSSWORD SMILES in it.

Chris Richards will open the show with a solo acoustic set.   Chris is known from his band, the Subtractions as well as The Legal Matters.  Richards’ love of power pop, which combines an affection for the music of the British Invasion along with 90’s bands such as Teenage Fanclub and The Velvet Crush, is reflected in the Subtractions guitar-driven approach. Says Richards, “We are all about songs dripping in melody and delivered with a punch! The simplicity of power pop makes it very endearing to us.”

The band’s sound also has global appeal, thanks to power pop’s enduring popularity far beyond its British and American shores. According to Richards, “I’ve been fortunate to have my records released and do well in Spain, Sweden, Japan, and Australia and both the press and fan reaction have been amazing. It’s a challenge trying to let fans in multiple countries know we’ve got a record out, but there’s such a great network of the music’s fans out there that word just seems to spread.”