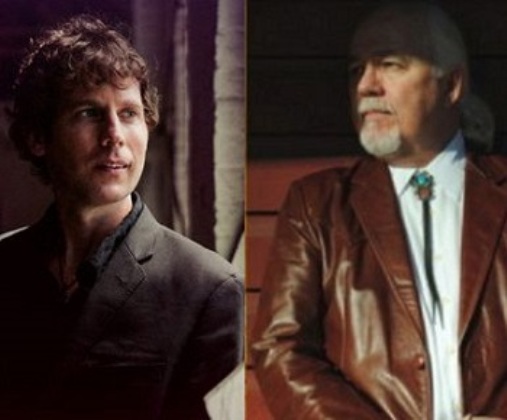 When Craig Bickhardt steps onto a concert stage, he comes equipped with his trusty acoustic guitar. He’s also accompanied by something invisible, yet ever-present: the stories of a lifetime, vividly translated into words and melody.

Craig is a singer/songwriter of the old school – you can hear echoes of such ‘60s folk revival artists as Tom Rush, Gordon Lightfoot and Eric Andersen in his work. Added to this is the melodic sophistication of a Jimmy Webb or a Paul Simon, as well as a spare but telling lyric approach. “I admire songwriters like Woody Guthrie and poets like Robert Frost because they created functional art,” he says. “Too much music today is just for the singer, not for Everyman. I think of my work as a ‘Please Touch’ museum – I want my songs to be sung until they’re worn out.”

Also crucial to Craig’s art is his virtuosic guitar work, interweaving folk, blues, country and ragtime influences into a unique whole: “The guitar isn’t just an accompanying instrument for me – sometimes it’s the front man and my voice is the accompanist.”

Craig came to music as something of a family inheritance. His father Harry worked at WIP radio in Philadelphia and moonlighted as a big band musician. As a youngster, Craig absorbed everything from Johnny Cash and Marty Robbins to Stan Kenton and Duke Ellington. The Philly club scene shaped his emerging musical style. “I was lucky to grow up in a town that was a melting pot for musicians,” Craig says. “I got to hear lots of R&B as well as the great folk performers of the late ‘60s and early ‘70s. It taught me that nothing moves people like a great song sung with some passion.”

By the mid-‘70s, Craig was co-lead singer/guitarist with Wire and Wood, an eclectic country-rock quintet that won a fervent East Coast following.  The group opened for the likes of Bruce Springsteen and Stephen Stills before relocating to L.A. in search of a record deal.  Craig and his compadres succeeded in attracting the interest of Bob Dylan’s former manager Albert Grossman, who signed them to his Bearsville/October Records label. Unfortunately, Wire and Wood’s album was never completed and the group called it quits soon after.

After Wire and Wood dissolved, Craig secured an assignment to write and sing songs for Tender Mercies, a country music-themed film starring Robert Duvall. This led to a lengthy residency in Nashville, where he saw his songs recorded by such legends as Ray Charles, B.B. King, Johnny Cash, the Judds, Tony Rice and Alison Krauss.

All the while, Craig continued playing his music live at the Bluebird Café and other clubs in the Nashville area. The call to the stage grew stronger after he released his first solo album, Easy Fires, in 2001. Five years later, he returned to his Pennsylvania roots and fully came into his own as a solo performer. By the end of the decade, Craig had won a new legion of fans on the East Coast and beyond through opening gigs for the likes of Judy Collins, Kathy Mattea and Billy Joe Shaver and club dates on his own.

Craig Bickhardt travels light to his gigs – but he brings a great deal to the stage. He combines a seasoned troubadour’s easy command of his art with a beginner’s passion to win over his next audience and top his next song. The stories of his lifetime are simply too good not to share.

Jesse Terry’s seventh album, When We Wander, is the first he wrote since becoming a parent. So it’s no surprise the family theme courses through many of its 12 songs. His music career has been a family project ever since he became a full-time touring artist a decade ago.

That was right around the time when Jesse met his wife Jess working on a cruise ship in the South Pacific. “As soon as we got back to the states, I proposed to her at Nashville’s Bluebird Cafe in July 2010 and we packed up the car for the first tour right after that. We’ve been touring together full-time ever since.” Now with two-year-old Lily added to the clan, family is more important than ever to him.

The life of a touring family inspired the album’s title track. “When we wander, when we wander / Don’t it feel like we’re finally found.” But in the face of the pandemic, he has found that “wandering is not just a literal thing. We’ve followed our hearts with so many decisions in 2020-2021, and have found that there are many ways to wander and be free and brave.”

The stage had been Jesse’s home for a decade. He plays around 150 shows a year, from Bonnaroo to the Philadelphia Folk Festival, the 30A Songwriters Festival to AmericanaFest.  When the pandemic canceled concerts and delayed the album’s release, he pivoted to performing online and found a strong new connection to his fans, who had helped fund his albums all along. “My musical tribe has always been there for me,” he says with gratitude.

Though recorded in 2019, the songs off the new album click with fans online too. He and his band recorded When We Wander live in the studio, a first for his career. “I wanted to try that Jason Isbell, Chris Stapleton, Neil Young approach to live recording, prioritizing emotion and raw performances over perfection. I loved that experience.” Recorded live, the album resonates especially with the intimacy and community spirit of the online shows.

He also wrote all the music and lyrics this time, instead of working with collaborators, and took a very personal approach, including a look back. “In Spite of You” recalls his stay in a residential facility for behavior modification that traumatized him as a young teenager: “The sermons that you sold me all were fakes.”

Yet he emerged to earn a degree from Berklee College of Music, net a five-year staff writer gig on Nashville’s Music Row penning material for major TV networks, and win prestigious songwriting awards. And then to become the singer-songwriter his countless fans know today, who (in the words of Music News Nashville) “bring[s] to mind iconic artist/poets like Paul Simon and Jackson Browne… [with] a performance that touches the heart like only a whisper can.”