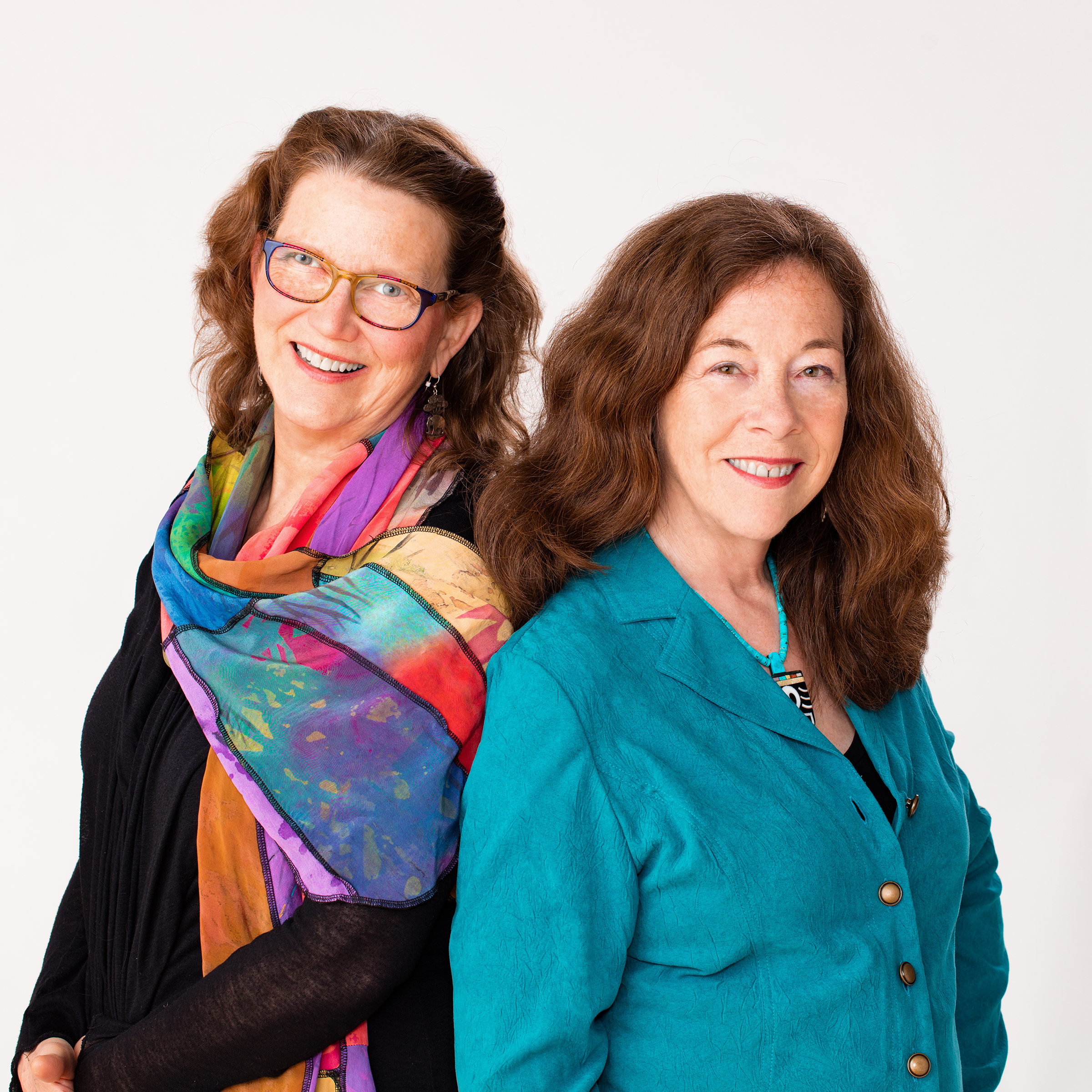 Claudia Schmidt and Sally Rogers have been weaving their voices, dulcimers, and guitars together for decades, creating an atmosphere of joy and musical lushness that audiences find so irresistible, they frequently join right in. Their soaring harmonies (‘blood harmony’ was how one fan described it), fascinating double dulcimer work, and the mix of 6 and 12 string guitars, blend with a wide choice of songs. In one concert, they combine their originals, plus traditional songs, and choice compositions of contemporary songwriters. A concert by these two masters of their craft is an immensely satisfying and restorative experience. Time has only deepened and enriched the music they create together.

Claudia and Sally have been perfecting their craft of performing for almost four decades, both as solo artists and as a duo. Claudia’s is a quirky and wonderful hodge-podge (her word!) of music, poetry, story, laughter, drama, and celebrating the moment. Work in clubs, theaters, festivals, TV, radio has added depth and dimension, and since she has always included her original work along with very personal versions of the work of others, what you get is a unique look at the world from someone who says what she sees with clarity, humor, and wonder. The San Francisco Bay Guardian said: Schmidt’s shows are a lot like falling in love. You never know what’s going to happen next, chances are it’s going to be wonderful, every moment is burned into your memory and you know you’ll never be the same again.”More succinctly, Garrison Keillor said “when Claudia sings a song, it stays sung”

Sally Rogers began her career as a full-time touring musician in 1979, after encouragement from Stan Rogers, the legendary Canadian singer-songwriter.  That was followed by an invitation from Garrison Keillor to appear on A Prairie Home Companion.  She appeared more than a dozen times on that show, which launched her performing career.  Her travels have since taken her to Europe, China, Hungary and Poland, England and Scotland and across the United States.  Her concerts enfold the audience in the music as they are encouraged to join in throughout the evening.  Her gorgeous singing voice, boundless energy and good humor are welcomed from coast to coast.