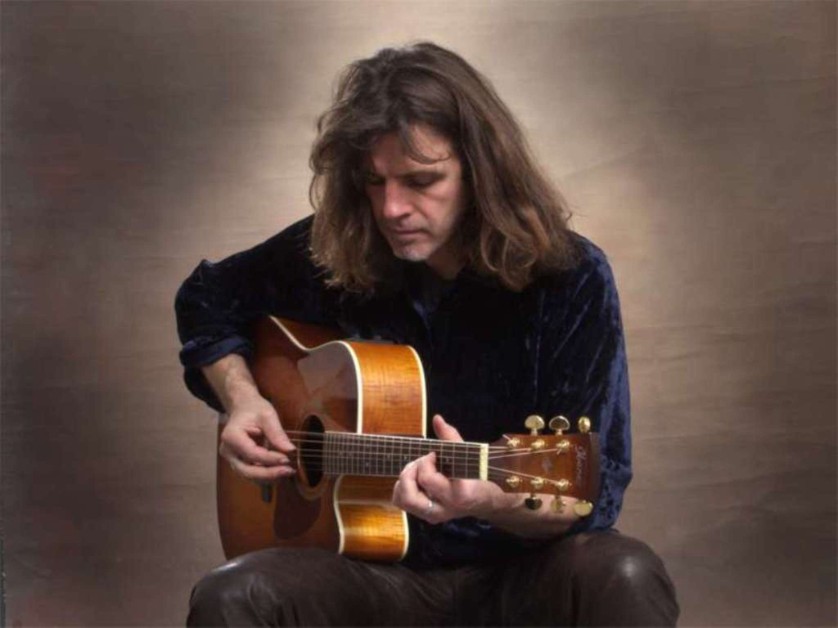 Claude’s inimitable style incorporates all five digits on each hand dancing independently but in unison, plucking, picking and strumming at such speed and precision that his fingers often seem to melt into a blur. Thousands of people in the UK, Europe and USA have enjoyed listening to this virtuoso and for the majority of his audience it is an experience that compels them to return again and again to hear and watch him play, as his fingers lightly dance over the strings of his guitar and create a unique sound that is ’Claude’.

Now based in the UK, some of this guitarists’ influences allow us a fascinating insight into this remarkable musician; Paco De Lucia: Deep Purple’s Richie Blackmore; Joaquin Rodrigo; JJ Cale;  and JS Bach.

An early devote of traditional American guitar styles, Nick Schillace began studying fingerpicking techniques at the Augusta Heritage Workshop in West Virginia with artists including John Jackson, John Cephas, Steve James, Roy Book Binder, Del Ray, and many others shortly after picking up a guitar in 1984.

Nick spent a decade adapting these techniques to acoustic and electric guitar, and later banjo, before entering the music program at Wayne State University, ultimately earning a masters degree with a focus on 20th Century American music identity.

Centering his research on the late guitarist and composer John Fahey, Nick explored the intersection of folk and vernacular influences and how these influences develop into a cultivated style for artists. This research still informs the way he approaches his own music, as well as his work as an educator via Orion Music Studio and Detroit Folk Workshop.

In demand as a soloist as well as an ensemble player, Nick works in a variety of collaborations, most notably Lac La Belle, with his wife Jennie Knaggs, and the traditional jazz ensemble Post Imperial Jazz Band. He has recorded several albums as a soloist and in ensembles and has made several tours of the US and Europe.